The different types of medicine or medical practices are not watertight compartments but often overlap and resort to one another.

On the one hand we have Conventional Medicine, which is based and built according to the scientific method. Conventional medicine is officially and legally used throughout the world.

Traditional Medicine is acknowledged and defined by the World Health Organization as the system of medicines transmitted from generation to generation by indigenous communities and individuals. It is about traditional medical practices of different cultures. These medical therapies are used for disease treatment and health maintenance.

Traditional medicine has been transmitted exclusively orally until about 5,000 years ago, when based on these oral traditions, the first medical treatises and pharmacopoeias that have reached us were written.

Urine therapy: what is it and where does it fit?

Urine therapy is part of traditional ancestral medicine. Its use is universal and transcends all kinds of cultures, borders and times. Its traditional use is found in the oldest pharmacopoeias in the world, and it is still transmitted orally today throughout the world, and of course, also in Spain.

As for Spain, to name but one country, a team of Spanish researchers led by Ramón Vallejo, a biologist from the Faculty of Education of the University of Extremadura, has compiled 204 documented therapeutic uses of urine in Spain, since the 20th century to present.

The great novelist Miguel Delibes, in Los Santos Inocentes describes how the endearing main character of the work, Azarías, peed his hands because they were all covered with chilblains.

Now then, what is urine? Urine is actually nothing less than filtered blood. More than 3,000 compounds have been identified in urine, among which urea (used in various medical treatments as well as in cosmetics) and mineral salts.

Why have I chosen urine therapy for cancer treatment?

In the first place, I would have chosen urinotherapy anyway not only for cancer treatment, but also for treatment of any disease, however serious it might appear, choice which I will have the opportunity to speak about and broadly justify at other sections.

Secondly, treatment with urine cannot be conceived outside or apart from natural therapies, nor from a natural way of life and nutrition.

Thirdly, urine therapy can be practiced either by itself or jointly with any natural therapy which is could be most appropriate to the particular case.

Urine has been variously termed: Divine Elixir, Water of Life, Fountain of Youth and so forth.

The urine therapy which I advocate in this blog can be properly called “auto-urine therapy”: therapy based on your own urine!

Urine is indeed our own wonderful self-made medicine!

Is Urine Therapy a pseudo-therapy?

Partial practices of urine therapy at all times and circumstances 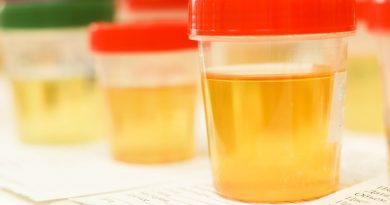 Urine: the barometer of your body! The infinite flavors of urine

Drinking our urine throughout the day, totally or partially, in addition to the benefits it brings us, is our best

Respect, care and love for your own body