The term pseudo-therapy is also inappropriately applied to therapies that are simply not part of the conventional medical system, which is not to say that they are false therapies.

False therapies or pseudotherapies not only do not have any curative effect, on the contrary they can often have very damaging and even irreversible effects on our health.

Pseudotherapies are often developed or invented, without any rational or traditional basis. There are pseudotherapies, which only pursue an economic benefit or directly scam.

With pseudotherapies of all kinds, it often happens that the identity of the proponent is hidden or falsified.

As for conventional medicine, the therapies, medicines and remedies that are part of it today come largely from traditional medicine.

Not in a few cases many conventional therapies were once considered pseudo-therapies, unfounded insanity.

So, who in their right mind could imagine that purposely getting smallpox could cure smallpox? Complete madness.

Well, it wasn’t madness. Thus, immunology was born to protect us against infectious disease.

By the way, vaccination is a most “holistic” and “naturopathic” procedure: an attenuated form of the disease is inoculated causing our immune system (not a laboratory!) to develop the only truly effective remedy, the antibodies that will protect us against infection.

DECEPTIVE USE OF THE SO-CALLED SCIENTIFIC METHOD

In fields such as natural medicine, food or medicines, among others, the scientific method does not reveal, much less endorse, the properties or virtues thereof.

We must take into account and not forget “where we come from”, since, in fact, 100 x 100 of the foods and medicinal plants that we know, consume and use today are given to us by tradition, by uses transmitted from generation to generation.

The scientific method does not reveal the properties of chamomile for example (or of any medicinal plant or food). These properties are given to us by their traditional use.

It may seem like a truism, but milk does not come from a bottle as some urban children may have learned to think, but from cows and other ruminants.

In the same way, the scientific method does not and cannot reveal which substances can be considered foodstuffs.

Foodstuffs and medicinal plants are given to us by tradition. The scientific method cannot claim to having “discovered” them, a posteriori of its known traditional historic use.

No. In many fields the scientific method can at best confirm what we already know, but that does not mean that it can endorse it. What is to be considered our food is endorsed by ancestral traditional use.

Therefore, our work and that of science must be limited to verifying that traditional uses are transmitted to us by a true tradition, an uninterrupted, uncorrupted tradition. That is to say, that the substances truly come from traditional uses. Our work is that of historians.

Medicinal plants, medicines, food, are endorsed by “clinical trials” of their use for at least one hundred thousand years. The authors of the pharmacopoeias (some written more than 5000 years ago) have never bothered to justify the properties of the substances they describe, they have limited themselves to stating what was the traditional use transmitted

According to the World Health Organization, traditional medicine is based on the sum of the knowledge and practices of different times and cultures. Practices that, whether scientifically explained or not, are still used throughout the world to maintain health and combat disease.

Regarding animal and human urine, and more specifically, regarding Urine Therapy, which is what concerns us and is a priority objective of this blog, urine has been used as a traditional healing remedy in all times, places and cultures, and up to the present moment.

As we will explain at length in a separate section, Urine Therapy is supported by: 1) its traditional use of thousands of years; 2) for its modern and contemporary use, revived since the publication in 1944 of John W. Armstrong’s the Water of Life: a Treatise on Urine Therapy, an epoch-making book; and 3) because of its proven scientific foundation.

What more endorsement do we need? As shall be seen, Urine Therapy has all the possible additional guarantees.

REMINDER WARNING: The purpose of this blog is not to promote urine therapy or any other therapy. The objective and mission of this blog is to make Urine Therapy and my experience with it, known, in case such knowledge may prove useful to someone.

After being diagnosed with an advanced cancer with metastases in September 2020, I have successfully followed an Auto-Urinotherapy treatment, under conventional medical supervision.

In this regard, let’s say that no one should decide to carry out treatment of any kind, conventional or alternative, without being well advised and informed about it.

Everything remains to be investigated in terms of transmitted uses. We have practically lost all traditional uses for food and medicinal plants. Paradoxically, we feed ourselves and use medicinal plants and other traditional medicines, according to tradition, it is inevitable, but out of sheer inertia and with no intelligence of what we are doing when we are reviving uses of thousands of years old.

When we allowed ourselves to be convinced that margarine (created, non-traditional food) should replace butter, how badly things go! What a bad sign!

Tradition is despised and pseudoscientific recommendations are blindly followed that are actually purely commercial recommendations (and the quiet scientists, where are they?).

We have incorporated less than a hundredth of what is miraculously preserved in writing in the classical pharmacopoeias of past centuries. Truly scientific research must go there, to dust off the traditions and soak up the true wisdom that our ancestors have wanted to transmit to us and today it is largely lost. 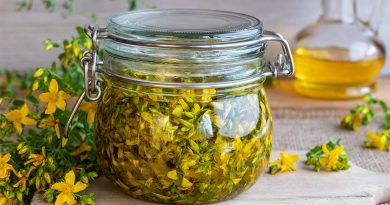 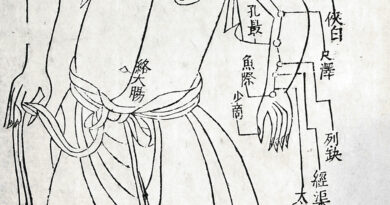 Respect, care and love for your own body

Urine, our own urine, ingested through the mouth and through the skin, and applied according to Urine Therapy